The Fibroblast Growth Factor (FGF) gene family is involved in a wide range of mitogenic and cell survival activities and participates in various biological processes, including embryonic development, cell growth, morphogenesis, tissue repair, tumor growth and invasion. Fibroblast growth factor 21 (FGF21) is a liver cytokine - a hormone secreted by the liver through signal transduction via the FGF21 receptor in the paraventricular nucleus of the hypothalamus to regulate the sugar intake and preference for sweets. Secretion of FGF21 is associated with decreased dopamine neurotransmission in the nucleus accumbens. The functions of FGF21 are mainly manifested in glucose metabolism, lipid metabolism, and insulin resistance.

Diseases associated with FGF21 include acquired lipodystrophy and hepatocellular clear cell carcinoma. Its related pathways include:

Gene ontology (GO) annotations related to this gene include growth factor activity and fibroblast growth factor receptor binding. Stimulates glucose uptake by differentiated adipocytes by inducing the glucose transporter SLC2A1/GLUT1 (instead of SLC2A4/GLUT4). The activity of FGF21 requires the presence of KLB. 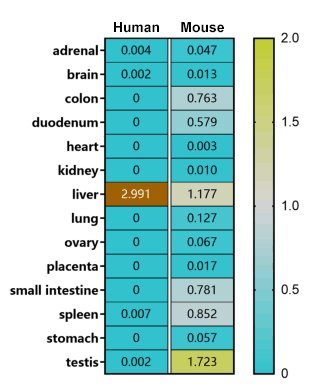 Animal models of metabolic diseases are important tools for revealing pathophysiology and providing novel insights for the development of new therapies and drugs. Cyagen has developed a series of metabolic disease models, such as obesity, diabetes, atherosclerosis, non-alcoholic fatty liver disease, pancreatitis, etc. to support research. In addition to genetically engineered mouse models, some models simulate human diseases through drug induction and/or diet induction techniques. Researchers may use such models to study the pathogenesis of related diseases, as well as perform drug screening and efficacy evaluations.

>> Search for Your Gene of Interest

【Gene of the Week】DMD: Duchenne Muscular Dystrophy Pathogenic Gene
On-Demand Webinar - The Use of Animal Models in Rare Disease Therapeutic Research
Examples of Gene Therapy Treatments for Rare Diseases
What are the Strategies for Gene Therapy?
We use cookies to ensure that we give you the best experience on our website. To learn about how we keep your information safe, view our Privacy Policy. OK Privacy policy