The human S100A9 gene encodes the S100 calcium-binding protein A9 (S100A9). In mammals, S100A8 and S100A9 proteins form a heterodimer known as calprotectin. Calprotectin is involved in the inflammatory process - it is known to be present as a soluble protein in the cytosol of neutrophil granulocytes, and is found in lower concentrations among in monocytes, macrophages, and squamous epithelial cells. The following study has identified S100a8/a9 as key mediators of early myocardial ischemia-reperfusion (MI/R) injury that may serve as potential therapeutic intervention targets.

Researchers performed time series transcriptomic analysis to learn the dynamic pathological alterations of mouse hearts at different stages of MI/R. Dynamic transcriptomic analysis screened and identified S100a8/a9, an inflammatory molecule, as the key mediator of MI/R injury. In the early reperfusion stage, S100a8/a9 was identified as the most significant up-regulated gene – its expression was confirmed via immunochemistry and reverse-transcriptase PCR in mice hearts after I/R. 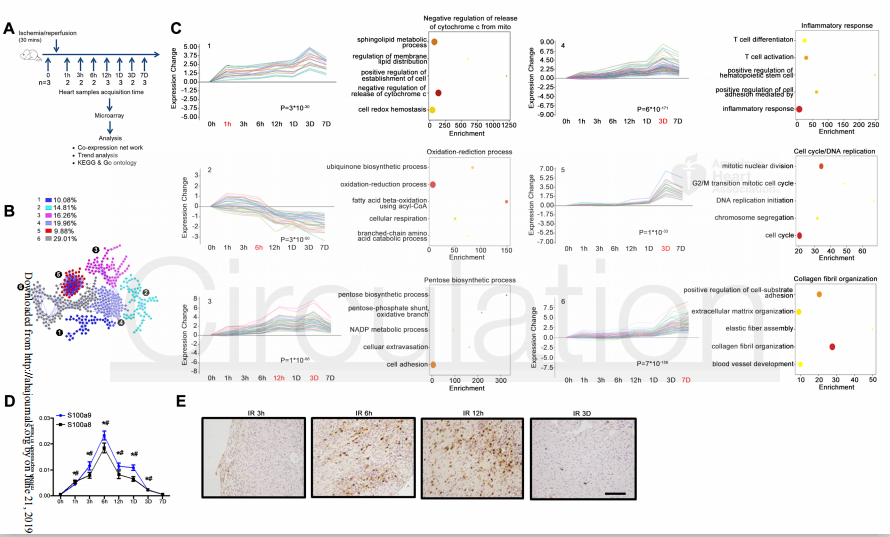 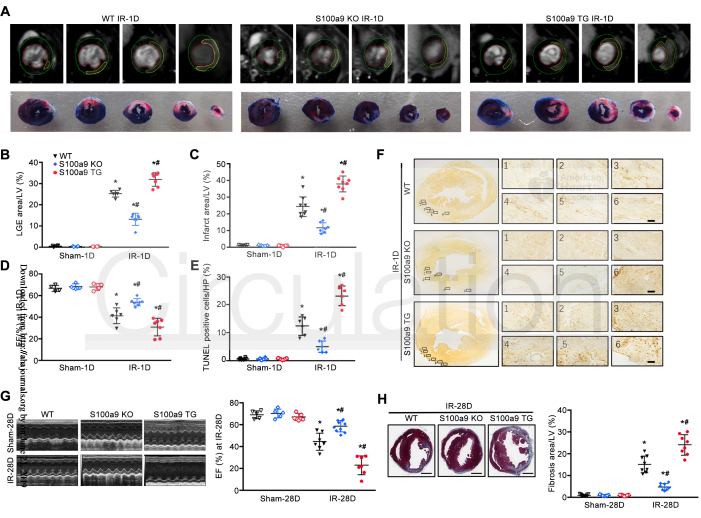 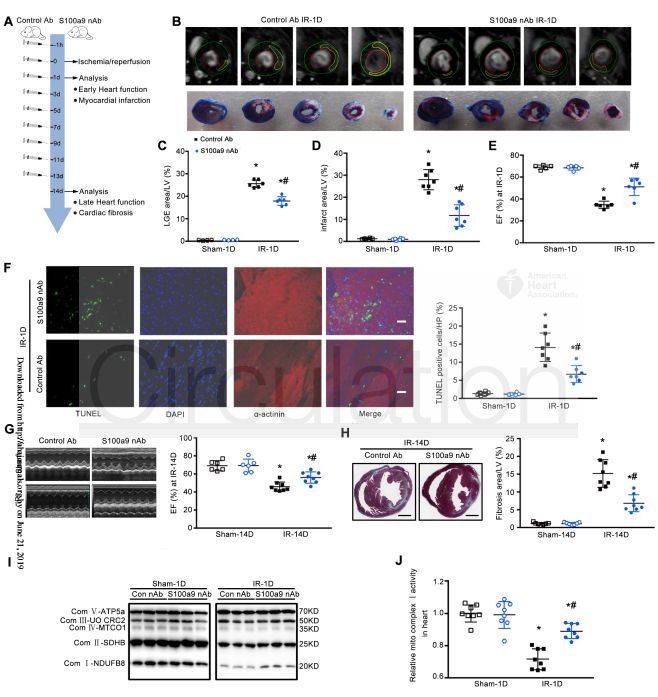 In order to examine the clinical correlation between the elevated S100a8/a9 and MI/R injury, the researchers evaluated the dynamic changes of serum S100a8/a9 levels after percutaneous coronary intervention (PCI) in acute myocardial infarction (AMI) patients and its predictive value for major cardiovascular events (MACEs). It was found that the serum S100a8/a9 level was significantly increased on the first day post-PCI in AMI patients, indicating that the increase in S100a8/a9 level was related to the incidence of major adverse cardiovascular events.

This study demonstrates for the first time that S100a8/a9 directly promotes CM death after I/R by a novel intracellular mechanism which involves mitochondrial complex I dysfunction. Clinical research has shown that increased levels of S100a8/a9 after PCI are associated with poor prognosis in patients with AMI. Overall, these findings indicate S100a8/a9 to be a key regulator of CM death in early MI/R injury, and that S100a8/a9-initiated signaling may serve as both a new therapeutic intervention target and a useful prognostic biomarker for MI/R injury.

Cyagen White Paper: Mouse Models for SARS - Construction Strategies and Applications
Advantages of TurboKnockout® Gene Targeting Mice
Here’s how to reduce your stress in research over the coronavirus pandemic!
From Bats to Humans: How SARS-CoV-2 Jumped Across Species
We use cookies to ensure that we give you the best experience on our website. To learn about how we keep your information safe, view our Privacy Policy. OK Privacy policy