The predominant animal models currently used in the research of Alzheimer's disease (AD) are genetically modified mice. Although promising results have been achieved in this field, almost all corresponding clinical trials have failed, especially with regards to drug development centered on the amyloid hypothesis. In light of this, it may be time to reconsider the model selected for the research of AD drug development from a new perspective. Although rats have been largely ignored in recent decades, the limitations of mice have pushed rat models into the spotlight for AD research, largely due to the following points:

Therefore, many scholars have started to use rats in their Alzheimer's Disease research.

Most studies agree on the two classical pathological characteristics in the brains of patients with AD: the accumulation of Aβ (β-amyloid peptide) contributing to the formation of neuritic plaques and the separate neurofibrillary tangles consisting predominantly of tau protein. Among these, the Aβ is produced by the cleavage of amyloid precursor protein (APP) by β-secretase (BACE1) initiates the amyloidogenic cascade pathway (β-pathway). The overactive β-pathway will cause Aβ overload and lead to formation of amyloid precipitation. Alternatively, the cleavage of APP by α-secretase initiates the non-amyloidogenic pathway (α-pathway), that can be described as a "good" cleavage that does not release toxic Aβ. When APP is first cleaved by enzyme α-secretase, APP releases its extracellular domain, resulting in the formation of the N-terminal product, APPSα (also sAPPα), and the C-terminal fragment product, α-CTF. Thus, the production of sAPPα and α-CTF could be regarded as the criteria of the cleavage efficiency of the α-pathway.

In the course of the amyloidogenic pathway, β-secretase cleaves the luminal domain of APP at the start of the Aβ sequence, divided APP into APPSβ (also sAPPβ) and β-CTF. Notably, the Swedish (Swe) APP670NL mutation will cause β-cutting of APP to occur more easily and yield higher levels of sAPPβ and β-CTF. After β-CTF is cut by γ-secretase, neuritic plaques subsequently form through the accumulation of Aβ (β-amyloid peptide) – made possible due to the role of β-secretase. 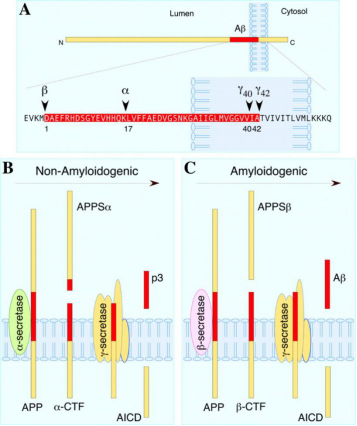 Figure 1: The cleavage process of APP

There are a few key differences among the three enzymes involved in APP processing: α- and β-secretase enzymes are more precise with a fixed cutting position, while γ-secretase is unstable for the cleavage of α-CTF or β-CTF. Therefore, Aβ refers to a range of short peptides (36-43 amino acids) rather than fixed size fragments. In general, longer Aβ lengths lead to larger aggregates, which tend to make them significantly more toxic than smaller length Aβ.

Since only the Aβ fragments of humans and some primates are prone to aggregation, it is difficult to produce Aβ aggregates without humanizing Aβ fragments in rodents. Thus, the humanization of the Aβ fragment is necessary to consider in model construction. In the following content, three kinds of Aβ humanized mutant rats are introduced.

The Luciano D’Adamio Laboratory has published studies using three types of genetically modified rats for AD research - all of which use the knockin (KI) method. Why did researchers choose the KI method instead of the traditional transgenic (TG) method? This is because previous studies using transgenic methods did not yield any AD treatment drugs based on the Aβ hypothesis. Moreover, compared with TG models, KI has the following 3 advantages:

The same team has developed two humanized Aβ rat models based on common APP mutations related to familial forms of human AD (FAD) pathology. One is the common pathogenic K670N/M671L (Swedish or Swe) mutation, which leads to the occurrence of familial AD, causing cognitive impairment in patients. The other mutation is A673T, which has a protective effect on cognitive impairment caused by AD.

In the figure below, w/w is the wild type, δ7/δ7 is APP with 7 base fragments deleted, s/s is Swe APP mutation (Apps) rats, and p/p is for the A673T mutation (Appp) rats. As controls, h/h indicates the Apph rats carrying only the humanized Aβ sequence were used. On day 21, the APP expression of the three humanized App rats did not change.

The level of sAPPα is significantly higher in p/p rats than h/h rats, while the level of sAPPβ is lower, which indicates that the A673T APP mutation in rats inhibits the cleavage of APP by β-secretase, and β-CTF is reduced accordingly. This illustrates that the A673T APP mutation has a certain protective effect against the β-secretase-mediated cleavage process of APP for the 21-day-old rat. 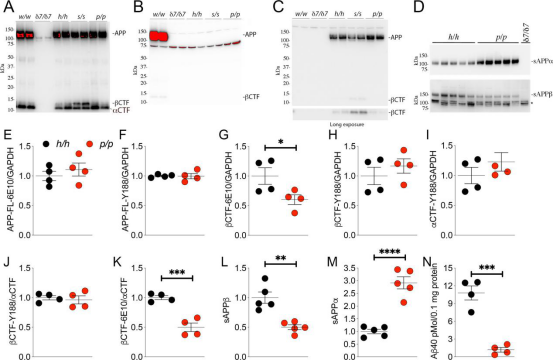 Figure 4: The role of A673T mutation in inhibiting the cleavage of APP by β-secretase【2】

Given that A673T APP mutation inhibits the function of β-secretase, theoretically, the decrease in β-CTF should naturally restrict the production of Aβ. This come through in the results, as the different kinds of Aβ decreased significantly among 28-day-old Appp rats. It is worth noting that the results for rats of different genders were basically similar, and outcomes of COOH-terminal fragment (CTF) detection by Western Blot (WB) are also similar to the N-terminal products, which shows that the A673T mutation can inhibit the production of Aβ.

In contrast, K670N/M671L mutant (Apps) rats exhibit a significant increase in β-secretase-mediated processing of APP and production of Aβ, resulting in the reduction of mature APP. Therefore, the Apps rat model can effectively simulate AD pathology in terms of amyloidogenic APP cleavage activity.

To conclude, the protective A673T mutation functions in lowering β-secretase cleavage activity, while the K670N/M671L mutation will increase β-secretase activity and Aβ production via the amyloidogenic pathway. 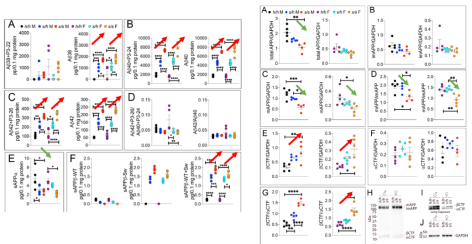 As shown below, γ-secretase is composed of 4 kinds of proteins, and the most important component is presenilin 1 (PS1), which is encoded by the PSEN1 gene. To study the pathogenic changes caused by the FAD-associated mutation, the Luciano D’Adamio laboratory has developed Psen1 knock-in (KI) rats  with homozygous L435F mutations (Psen1LF/LF).

Homozygous Psen1 mutation is perinatally lethal in mice, preventing longer-term studies on how these AD-related mutations effect neurodegeneration. Although Psen1LF/LF rats exhibit a 65% survival rate at 28 days of age, their overall survival stabilizes from that point into adulthood – making Psen1LF/LF rats suitable for a longer study window. Consistent with loss of γ-secretase function, the levels of Aβ38, Aβ40 and Aβ42 in Psen1LF/LF rats will decrease, while, in contrast, levels of Aβ43 increase significantly compared to wild-type. Notably, Psen1LF rats show an increased ratio of high-molecular-weight Aβ to low-molecular-weight Aβ peptides alongside an absolute increase in Aβ43, further evidence of the selectively reduced γ-secretase activity. Since these models showed a decrease in total Aβ and no apparent Aβ aggregation, further study is needed to determine how well these models relate to amyloid metabolism of PSEN1 L435F FAD patients. 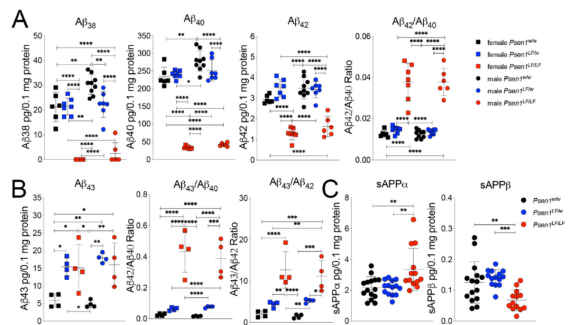 However, the main drawback of the AD rat model applied above is that it is too young when performing pathological experiments, with a minimum experimental age of 4 days and  maximum of 28 days. Additionally, many important molecular changes and behavioral phenotypes in neurobiology are required to be tested after a certain age, a critical factor to consider when measuring the pros and cons of a rat model. From this standpoint, progress with follow-up behavioral research in older rat models is highly-anticipated in the near future.

Given that rats have larger brains and exhibit more complex behaviors than mice, using rat models for AD research will improve resolution in behavioral experiments, being more likely to bring about detectable differences in behavior reflective of molecular and pathological changes.

In addition, in the case where different gene-editing models have been constructed (such as both Psen1LF and Apph/h rats), crossing these rat lines can provide a greater variety of models (e.g. Psen1LF/w; Apph/w rats) - which is conducive to obtaining a more obvious pathological phenotype. These results demonstrate how the establishment, development, and optimization of rat models could be a powerful weapon for AD research, especially for drug development.

Using S100a9 Knockout Mice to Identify Therapeutic Targets for MI/R Injury
Cyagen White Paper: Mouse Models for SARS - Construction Strategies and Applications
Advantages of TurboKnockout® Gene Targeting Mice
Here’s how to reduce your stress in research over the coronavirus pandemic!
We use cookies to ensure that we give you the best experience on our website. To learn about how we keep your information safe, view our Privacy Policy. OK Privacy policy