On March 4, 2022, the Beijing Winter Paralympic Games were grandly initiated at the National Stadium. At the opening ceremony, Chunyan Wang, who was wearing a blue gauze skirt, sang the theme song of the Winter Paralympic Games "In the Beautiful Snow" with a clear and melodious voice in the center of the stage. If you only look at her appearance, no one would have thought that this girl with bright eyes is living with a disability.

Chunyan Wang has a rare disease called retinitis pigmentosa (RP). After being diagnosed at the age of 4, her world gradually became irreversibly blurred, until she could only get a faint sense of light. Another celebrity with RP is Liwen Cai, a swimming champion at the 2020 Tokyo Paralympic Games.

Retinitis pigmentosa (RP) is a disease caused by a genetic mutation for which there is currently no effective treatment. The initial retinal degenerative symptoms of RP are decreased night vision (nyctalopia), the loss of the mid-peripheral visual field, and then decreased visual acuity until complete blindness occurs. 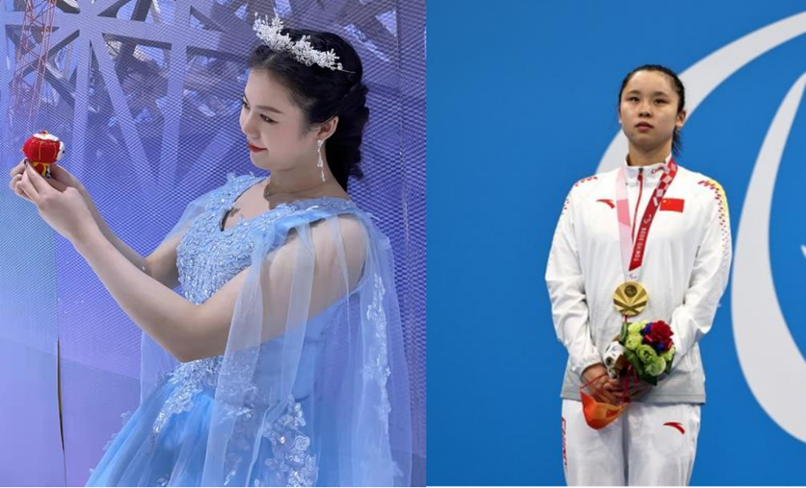 Retinitis pigmentosa (RP) is a genetic disorder of the eyes that causes loss of vision.

The average global prevalence is approximately 1:4000, although there are some notable regional variations. In the Jerusalem area, the prevalence of non-syndromic RP is 1:2086, which is 2.5 times higher than in the United States and Europe. In China, the prevalence is about 1:10000, and it reaches 1:1000 among the elderly in northern China.

Non-syndromic RP(RP appears alone without other co-morbidities), accounting for 70% to 80% of all cases, usually presents a variety of the following clinical symptoms: night blindness, eventual blindness, cataract, bone spicule pigmentation in the fundus and more.

RP is highly genetically heterogeneous, and inheritance patterns include: autosomal dominant (ADRP), autosomal recessive (ARRP), X-linked (XLRP), digenic (controlled by two genes) and mitochondrial. Among them, ADRP accounts for 30% to 40%, ARRP for 50% to 60%, and XLRP for 5% to 15%.

In non-syndromic RP, ADRP is usually the mildest type. The average age of onset is 20 to 30 years old, and some develop after the age of 50. Therefore, ADRP should be considered in the diagnosis of patients with mild symptoms and in older age. ARRP tends to develop in adolescence and is more severe than ADRP, but milder than XLRP. XLRP patients are all male, and it is transmitted across generations. Patients have an early onset of symptoms, usually within 10 years of age. The disease progresses rapidly, the condition is severe, and it is often complicated by high myopia.

In the early stage of RP, symptoms are mainly mild night blindness, which may last for several years. Peripheral vision defect may occur in dim light, but may be mild or disappear in normal light. At this stage, the condition is relatively stable, and the symptoms do not affect the normal life of the patient, so it is difficult to make an accurate diagnosis. As shown in Figure 2, there is no or rare bone spicule-shaped pigment deposits was found in the fundus imaging examination in the early stage of the disease, the retinal arterioles were not constricted, and the optic disc was normal. 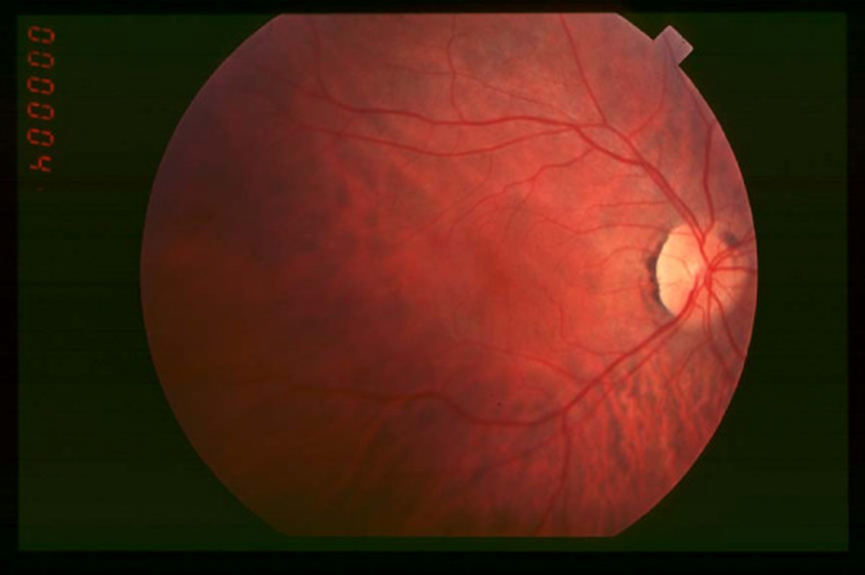 Figure 2. Fundus imaging in the early stage of RP.

In the middle stage of RP, the night blindness is aggravated, and the patient cannot travel normally in a dim environment. In a well-lit environment, the patient still has symptoms of peripheral vision defects and abnormal color vision. The retina may develop macular edema or mild foveal atrophy. As shown in Figure 3, bone spicule-shaped pigment deposits and atrophy of the retina were evident in the fundus imaging examination in the middle stage of the disease.

Figure 3. Fundus imaging in the middle stage of RP.

In the late stage of RP, due to the loss of peripheral vision, the patient's visual ability is greatly reduced. The patient needs a magnifying glass to assist vision, and has a strong photophobia, which greatly affects his/her quality of life. As shown in Figure 4, extensive pigment deposits appeared in the late fundus imaging examination, even reaching the macular region, the optic disc is pale, and the retinal arterioles are constricted. At this stage, fluorescein angiography can detect chorioretinal atrophy in the peripheral and foveal regions. Figure 4. Fundus imaging in the late stage of RP.

3. Electroretinogram (ERG). ERG abnormalities occur in the early stage, and the scotopic ERG (cone and rod mixed reaction) shows that the generated wave is lower than normal. In full-field ERG examinations, rod cells were delayed, attenuated, or disappeared in response to dark flashes in dark-adapted examinations. As the disease progresses, full-field ERG may fail to record despite residual fields.

4. Fundus photography. The visual field of traditional fundus photography is small, only 30-50 degrees, and is limited by turbid media, insufficient pupil dilation, and patient cooperation. There is now an option for ultra-wide-angle fundus photography, which can capture up to 200 degrees of retinal coverage in a single shot. However, this technique has the disadvantage of poor pixels, and preretinal structures such as eyelashes and vitreous opacities can create artefacts that interfere with diagnosis. Color imaging can use the reflectivity of three specific wavelengths of laser light to provide information at different levels of the retina. For the examination of patients with RP, color imaging can better define the macular boundary than traditional fundus photography. 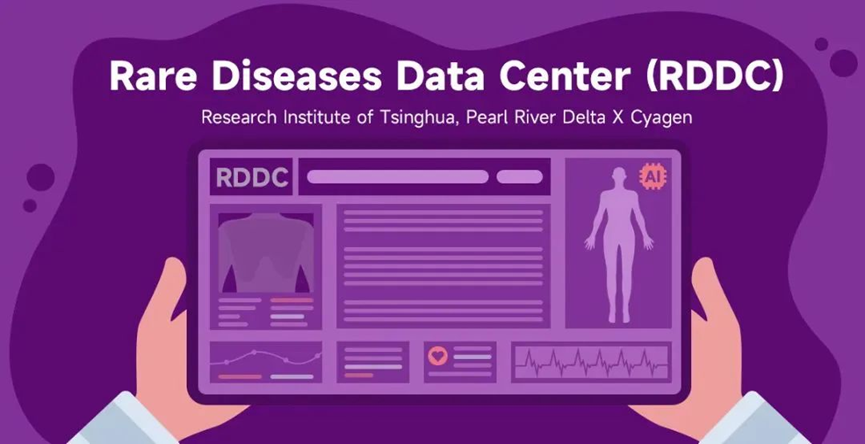 RDDC has collected and sorted out data and information about genes, mutations, phenotypes and animal models of various types of rare diseases from international public biological resources, aiming to present them in a visual way. At present, it has collected information on over 20,000 genes and 14,000 diseases!

Users can not only better understand the information of corresponding rare diseases, but also can take advantage of various AI tools to predict pathogenicity and RNA splice patterns, so as to help speed up the diagnosis and development of treatment research of rare diseases.

As a comprehensive contract research organization (CRO) solution provider, Cyagen recognizes ophthalmic diseases as a breakthrough point for gene therapy and has established an ophthalmic gene therapy platform to overcome the obstacles faced by researchers. We have equipped the platform with state-of-the-art ophthalmic instruments for small animals and an experienced professional team.

With 16 years of gene editing model construction experience, Cyagen is ready to provide you with an array of standardized and custom preclinical research solutions for ophthalmic gene therapy. If you have questions or need help with your ophthalmology drug development program, you’re invited to have a complimentary talk with our experts!

What to Know About Leber Congenital Amaurosis (LCA)
How Single-Cell Sequencing Helps Tumor Immunity Research
How do We Achieve Fast Breeding in Rats?
Novel Insights into the Animal Models of Diabetes
We use cookies to ensure that we give you the best experience on our website. To learn about how we keep your information safe, view our Privacy Policy. OK Privacy policy