How Animal Models are Advancing Understanding of Parkinson’s Disease

In 1991, Michael J. Fox’s life was changed forever. Just months after the release of the third movie in the hugely successful Back to the Future trilogy, the actor visited a neurologist after experiencing muscle pain and was  diagnosed with Parkinson’s. Fox was 30 at the time and at the peak of his career. Since then, he has lived a more or less normal life, with periods of greater difficulty than others, and only acting in a part-time capacity before deciding to definitively retire in 2020.[1]

What is Parkinson’s disease? Is it considered a severe disease? How does a person get it? Can it be cured? Parkinson’s is actually not rare, but when we talk about it, there are still countless questions lingering in our minds. Herein, we introduce Parkinson’s disease and its related mouse models used in research to better understand this long-term neurodegenerative disorder that affects 10 million people worldwide. 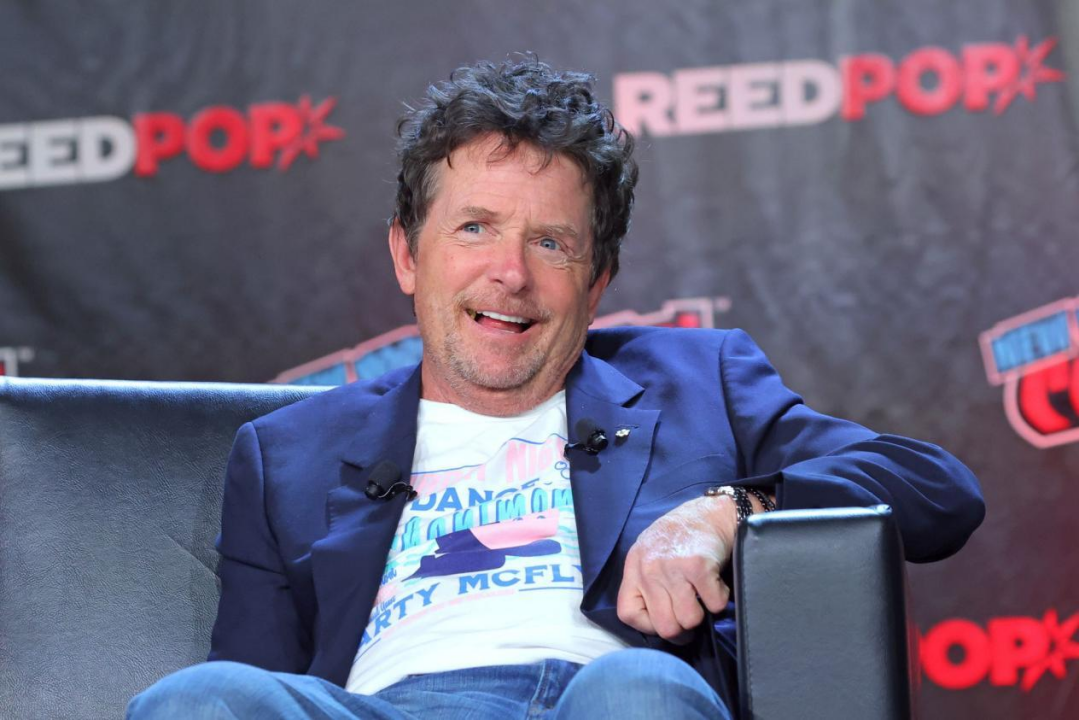 Figure 1. Michael J. Fox during the 'Back to the Future' panel at Comic-Con in New York on October 8, 2022. (Source: MIKE COPPOLA (GETTY IMAGES))

What is Parkinson’s Disease?

Parkinson's disease (PD), or simply Parkinson's, is a long-term degenerative disorder of the central nervous system (CNS) that mainly affects the motor system, first described systematically by the English doctor James Parkinson. Its clinical symptoms mainly include tremors, rigidity, slowness of movement, and difficulty with walking, and non-motor symptoms of sleep disorders, cognitive impairment, and depression.[2]

As the second most prevalent neurodegenerative disease in the world, the incidence of PD is increasing year by year, and the growth rate of disability and death caused by it is higher than that of any other neurological diseases. According to WHO statistics, as of 2019, more than 8.5 million people worldwide suffer from PD. Among them, 5.8 million people were disabled by PD, an increase of 81% compared with 2000, and 329,000 patients died, which doubled since 2000.[3]

The exact pathogenesis of PD is unknown, but both genetic and environmental factors are believed to play a role in its development. Diagnosis of typical cases is mainly based on symptoms, with motor symptoms being the chief complaint. No cure for PD is known; current treatment aims to reduce the effects of the symptoms.

The clinicopathological features of PD are the loss of neurons in the substantia nigra pars compacta (SNpc) in the specific region of the midbrain (Figure 2), Lewy bodies (LB) formed by the accumulation of misfolded α-synuclein (α-Syn) (Figure 3), as well as striatal dopamine (DA) deficiency.[5] Currently, the mainstream theories on the pathogenesis of PD include α-synuclein misfolding and aggregation, mitochondrial dysfunction, impairment of protein clearance, neuroinflammation, and oxidative stress.[4] 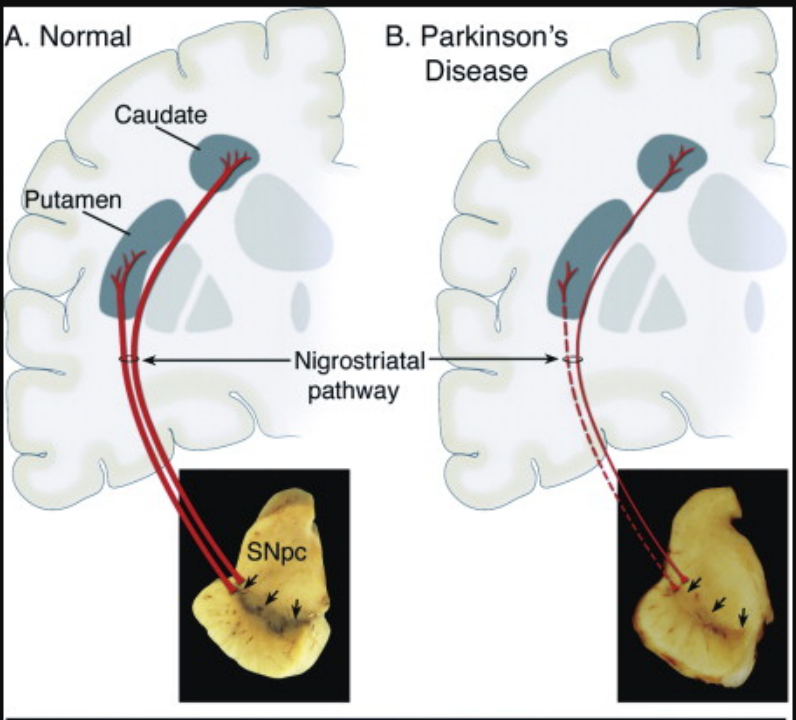 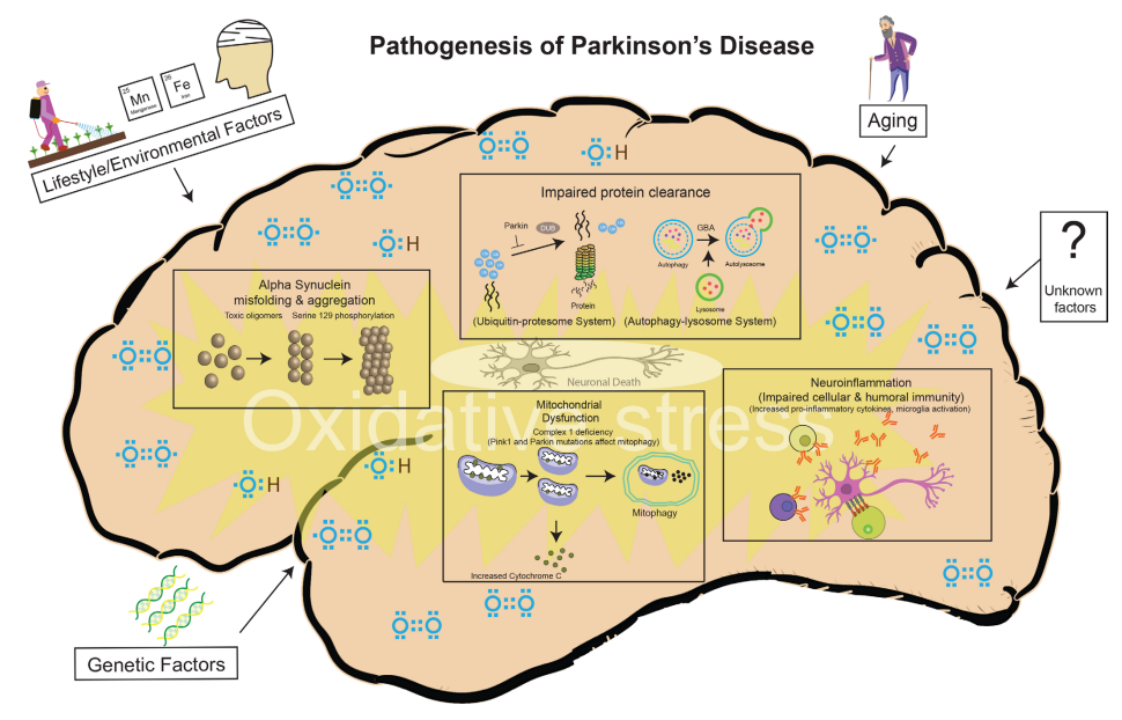 In recent years, researchers have gained a deeper understanding of the neurobiological mechanisms, genetic, and environmental factors influencing the development of PD. However, the road to drug development is still full of obstacles, such as: the lack of available biomarkers, good drug targets, and limited understanding of causative factors all hinder the progress of therapeutic development. To overcome these difficulties, research using appropriate animal models continues to be an invaluable approach. 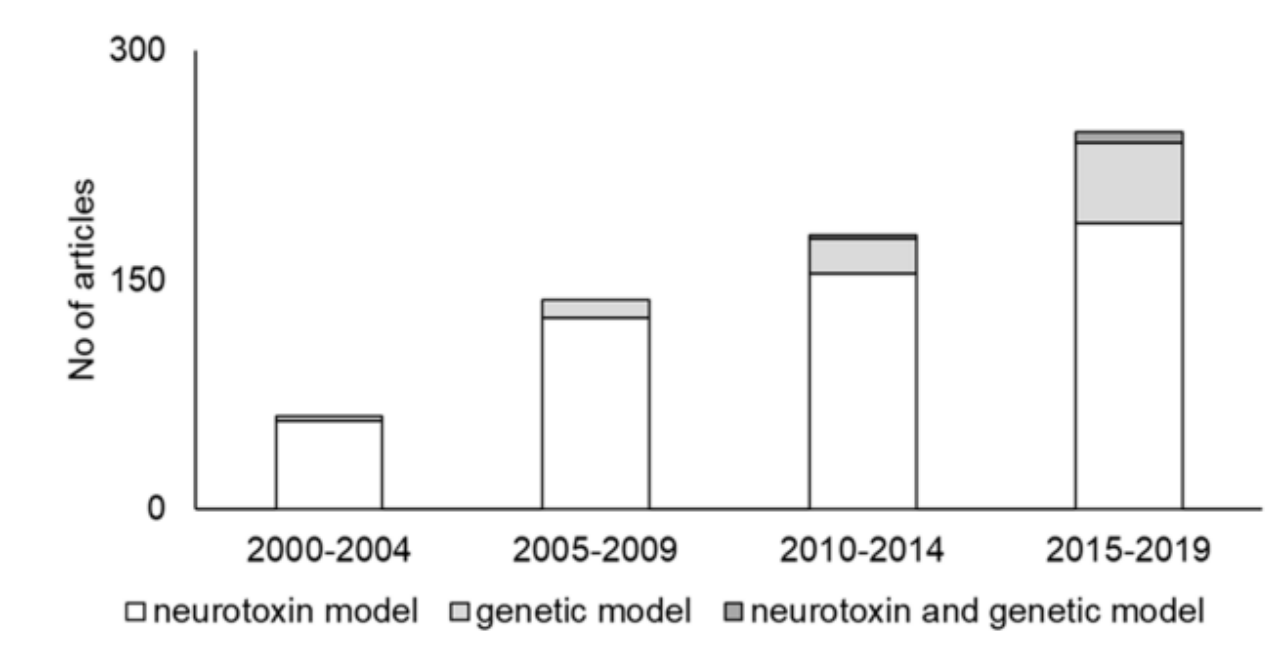 Modeling method: The injection sites are generally the striatum, medial forebrain bundle (MFB), and substantia nigra (SN). Apoptosis of DA neurons at the injection site can be detected after 3-5 days. 6-OHDA injection into the striatum destroys the axon terminals in the striatum followed by a slowly protracted retrograde degeneration of dopaminergic neurons in the SN. The symptoms are relatively mild and show a slow progression. However, 6-OHDA injection into the MFB and SN, which are also traditional targets, results in quick and massive dopaminergic cell degeneration.

Phenotypic features: This PD model is consistent with the clinical phenotype in terms of behavioral disturbances, while it develops the non-motor symptoms of PD but lacks the pathological phenotype of LB formation.

Figure 6. The Administration Routes of 6-OHDA and the resulting motor behavior changes (Parkinsonisms) in Rodent models[8]

PD model induced by intracerebral or peripheral injection of MPTP

Modeling method: MPTP is a lipophilic molecule that can easily cross the blood-brain barrier. After systemic or intracerebral injection, MPTP can be oxidized by monoamine oxidase B (MAOB) in astrocytes to the potent dopaminergic neurotoxin 1-methyl-4-phenylpyridinium ion (MPP+). MPP+ is a toxic metabolite that is readily taken up by dopaminergic neurons through the dopamine transporter (DAT) due to its structural similarity to dopamine.[9] Subsequently, MPP+ induced apoptosis of DA neurons in the SN occurs, accompanied by a decrease in striatal dopamine levels.[10] The mechanism of DA neuron apoptosis is that the ATP concentration in the striatum and SN decreases rapidly due to MPP+ inhibiting the respiratory chain complex I in mitochondrial respiration, and then DA neurons undergo apoptosis.[11] 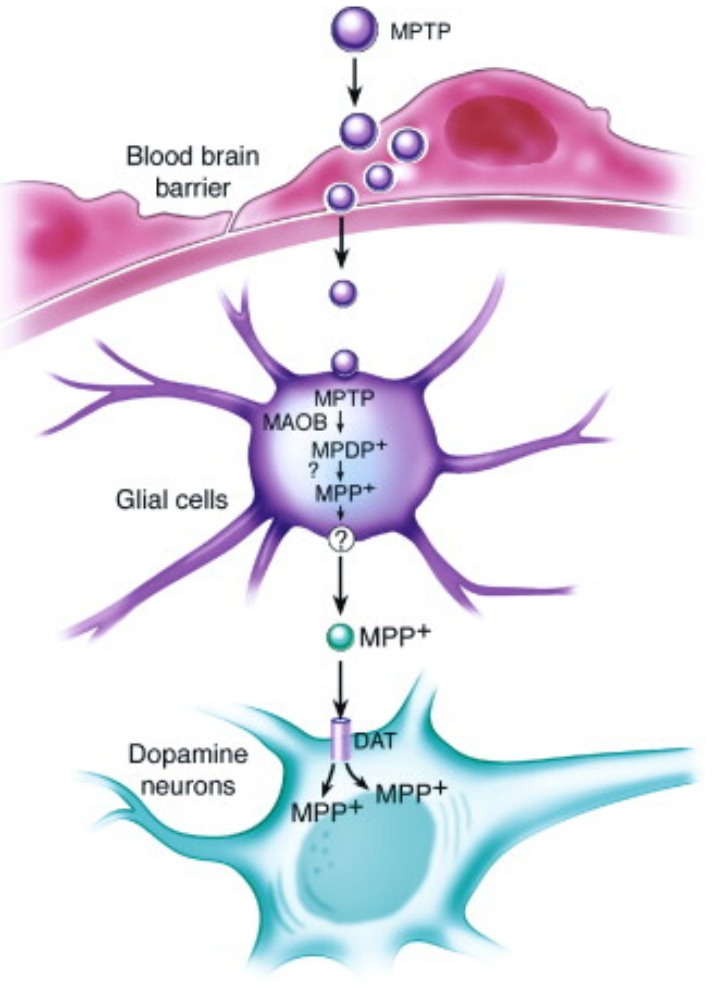 Figure 7. The mechanism of MPTP-induced apoptosis of DA neurons[5]

Genetics also plays an important role in the pathogenesis of PD. Through the analysis of familial PD and idiopathic PD, the following pathogenic genes were identified: SNCA, Parkin, DJ-1, PINK1, and LRRK2.[13] Information about these pathogenic genes and their related genetic models are shown in the table below:

To accelerate your PD research, Cyagen provides researchers with KO/cKO mouse strains of PD-related genes. Click the links in the table below to view the corresponding product information and strain description!

Please contact us so that our Model Design Specialists may promptly assist with your project needs. Alternatively, you can always email service-apac@cyagen.com to inquire about our services or obtain a quote.

Cyagen and Landau Strengthen Cooperation to Accelerate the Research and Development of AI-designed AAV Gene Therapy Vectors
How Does Depression Affect Antiviral Immunity?
Animal Models of Major Depressive Disorder: Insights and Research Applications
What Are The Key Points Of CAR T Cell Therapy?
We use cookies to ensure that we give you the best experience on our website. To learn about how we keep your information safe, view our Privacy Policy. OK Privacy policy